Spokane Alliance member United Food and Commercial Workers Local 1439 and its members have been busy navigating a hazardous environment where the gratitude for their profession has poured in from executives thanking them as “heroes” for their pivotal work to keep our communities nourished.

“To our associates: our everyday heroes, for each and every one of us. Thank you for what you do for each other, for our customers, and communities.” Chairman and CEO Rodney McMullen expressed gratitude on behalf of Krogers to frontline grocery store workers at all of their locations, including the local Fred Meyer (a subsidiary of Kroger) locations.

Since the outbreak of COVID-19 took off earlier this year, Kroger has implemented various measures to enhance the safety of its employees and customers including plexiglass partitions and masks for employees. They also implemented a “hero pay” for their workers, an increased $2/hour in base pay that ended on May 22nd. UFCW pushed back on this decision, citing the increasing infection rates across the country as evidence that their workers were exposed to more risk, not less. Kroger agreed to a one time bonus of $400 for full-time employees and $200 for part-time employees, equivalent to five weeks with the additional hero pay.

Workers are pushing back against this glorification as heroes making an admirable “choice” to work. Jerome Stark, a former UFCW 1439 Vice President and Shop Steward at local Fred Meyer locations, as well as father of two current Fred Meyer employees, described this troubling narrative: “Employers make it seem like the worker is bending over backward to be a hero.” Instead of imposing this disingenuous narrative on workers, Jerome wants the employer to focus on the fact that workers are there because they need to be in order to subsist, and that expressions of gratitude do nothing for their working environment without subsequent action, such as keeping the hero pay until the pandemic subsides. 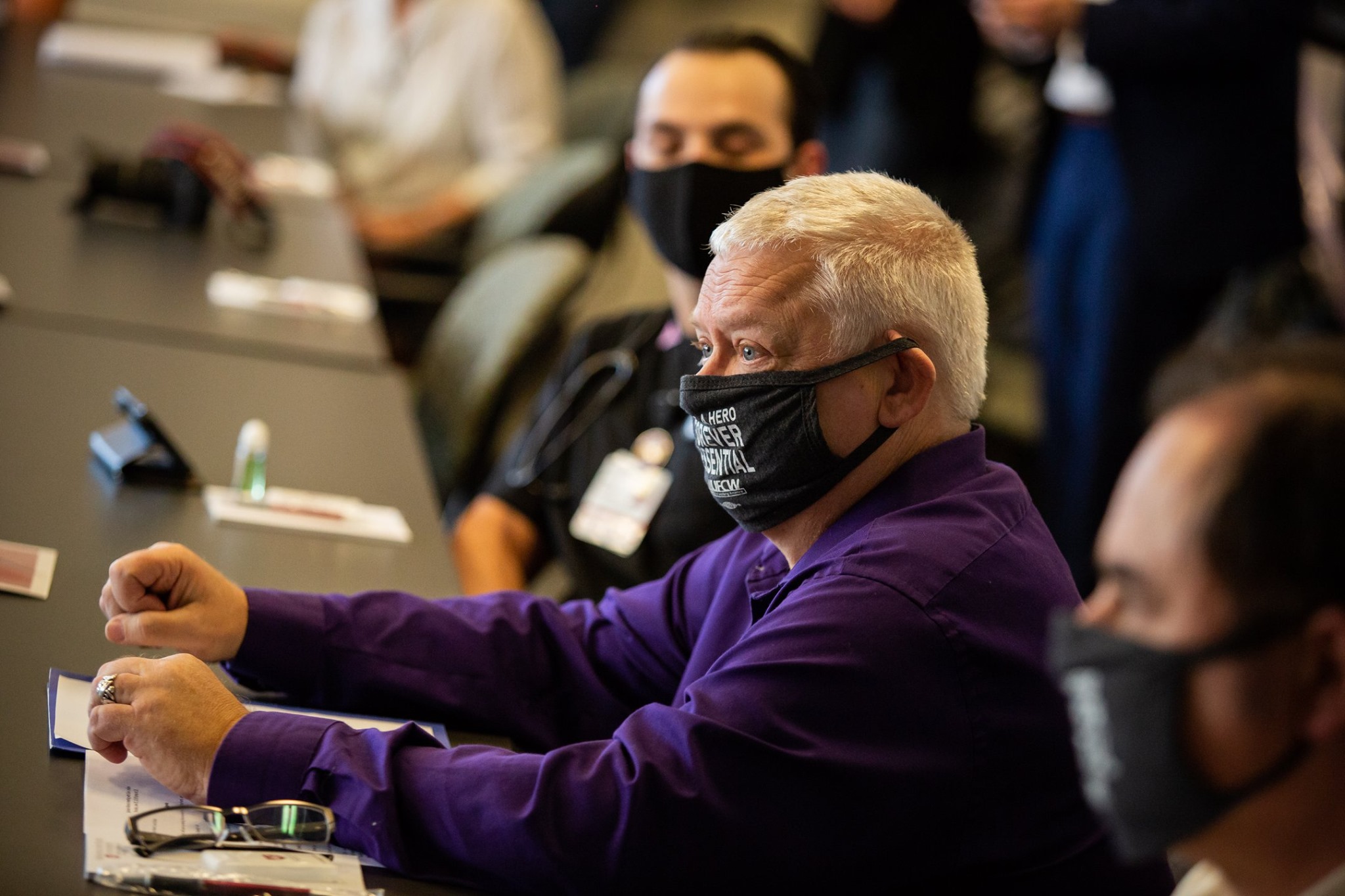 The social conditions created by COVID have created a disturbing dualism: while grocery stores see sales booming, it is coming at the increased risk workers face when they have little ability to follow the social distancing guidelines outlined by the CDC. UFCW has reported at least 82 COVID-19 deaths and 11,500 cases amongst its grocery store members nationwide since this pandemic first took hold. While it is difficult to foresee the next year, the recent uptick in cases nationwide as states have begun opening (and subsequently closing) makes it clear the virus is a part of our new reality for the foreseeable future, and that frontline workers at a minimum deserve the hero pay reinstated at a time when they feel more, not less risk, due to the virus spread. UFCW National President recently joined two US Senators in a letter to the top 15 grocery chains, expressing nationwide sentiments of workers that they feel more endangered now then they did a few weeks ago.

During a pandemic when most of us are not forced to interact with 800 people per day, we must come together in solidarity with our grocery store workers who do just this. Wearing a mask, limiting our trips to the store, and demanding better pay are all tenants of the struggle we can expect moving forward. We can also go further to support our UFCW members by organizing with Spokane Alliance child care organizations such as Parkview Learning Center. Stay tuned to find out more about the work this team is doing and the challenges they face as they work to prop up our local workforce.